Fighting back in the ‘new normal’ | NTT DATA

Fighting back in the ‘new normal’

The recent return to the ring of inspirational boxer Daniel ‘D. Servant’ Mendez demonstrates the power of hard work and resilience. It also illustrates the importance of understanding the competition.

When professional boxer, poet and mentor Daniel ‘D. Servant’ Mendes spoke to NTT DATA last December, he warned that life’s biggest regrets stem from knowing that we could have tried harder to reach our goals. Since then, his personal struggle to return to the boxing ring holds even more valuable lessons for us all.

Returning to ‘nearly normal’ over the summer was a challenge for everyone. Businesses have been ramping up their activities, and everyone has had to brace themselves for a return to the fiercely competitive commercial environment that existed pre-COVID. For Daniel, it meant returning to a full programme of training in preparation for his first professional boxing match after lockdown.
On 9 October, his hard work was rewarded with victory in his first bout since March 2020. However, the path to victory began long before the day of the fight, and Daniel was forced to battle significant obstacles every step of the way.

After an 18-month break it was always going to be tough to prepare - a typical professional timetable factors in three or four months between bouts. But this fight demanded even more from him because Daniel was forced to go up a weight category from his usual cruiserweight to heavyweight.

He knew the decision to switch categories would mean fighting a much bigger opponent. It also meant making a major effort to gain weight, which was a challenge for someone who has focused for so long on optimising his fitness within a lower weight range. But with the number of fighting opportunities limited after lockdown, it was Daniel’s only short-term chance for a professional bout.

“I was really keen not to miss the opportunity to fight but the only available opponent at the time was a heavyweight so there was no option,” he explains. “It was a last resort.”

“The fight was set with about two weeks’ notice and I worked really hard to get my weight up. I had to keep reminding myself to eat more.” He even drank two bottles of water ahead of the weigh in to ensure he made it over the required 91kg, eventually coming in at 91.7kg. This left him facing a far weightier opponent, who tipped the scales at 111kg.

As well as hard physical training, Daniel undertook a lot of research to understand the other fighter and the challenge he represented: “It’s about knowing your opposition and paying attention to your opponent. I studied footage of his fights going back four years – some where he was in shape and some where he wasn’t.”

Daniel also followed his rival on social media and could see that he was training hard ahead of the match.  “I knew I had to prepare myself to face the best version of him,” he adds.

In the same way, NTT DATA’s teams need to research how best to tackle our client’s challenges to ensure we give the best possible outcomes.

Play to your strengths

Knowledge of his opponent enabled Daniel to play to his strengths during the match, even though he couldn’t hope to match the raw power of his bigger rival. “I knew if he landed a good, clean shot that it would be the end of the fight, so I had to use my speed and agility,” he says. “I did hit him a couple of times, but I felt almost like he was laughing at me.”

Thankfully, Daniel’s hard-won fitness gave him the skill and speed to pick up points in every round, ultimately enabling him to take the match.

Similarly, we can often find ourselves up against business rivals that wield extra clout, perhaps because they already have established relationships with a client or a longer track record in a particular sector. That’s when we need to rely on our agility to come up with fresh, appealing solutions.

Maintaining the right level of match-ready fitness was a challenge for Daniel throughout lockdown. “It was a really difficult time for me, as it was for all athletes. I couldn’t get back full time with my coach until the rules changed six or seven months in. The transition after that was tough. It was the longest time I’ve ever had away from the gym and my coach,” he says.

“Some boxers let themselves get into really bad shape, but I wasn’t allowing myself to be defeated by the situation. I knew that the longer I was off training the harder it would be to get back to fitness. So that kept me motivated to keep going on my own or I knew I’d have had a mountain to climb.”

We’ve also been working hard at NTT DATA to make the best of a difficult situation throughout the pandemic. We’ve learned a bunch of new skills, from managing teams remotely to maintaining our motivation when faced with domestic distractions. And with most of us now embracing a hybrid approach that sees us continuing to spend at least some of the working week at home, we’ll need to build on some of those new skills going forward.

While no one can say for sure what’s going to happen next, life has resumed at something close its old pace for now. For Daniel that means preparing for the next fight, which he hopes could be as soon as December. “I’m waiting for it to be confirmed,” he says.

After all the challenges of the past 18 months, his rise to victory is a great demonstration of how to return successfully to the ‘new normal’: “Throughout the long break I knew I’d have to work hard to maintain the energy of a boxer. When the time came to get back in the ring, it wasn’t hard for me to remind myself of what I am and what I’ve invested. It’s all been worth it.” 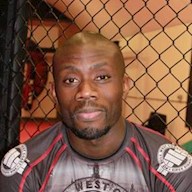 Fighting back in the ‘new normal’

Smart Cities: Where are they now?