It is a technology that connects the small and inert objects with an active network leading to enhanced data collection and management. It creates a dynamic global network based on standard communication protocols where virtual, and physical things possess interfaces and can be easily integrated into the existing information networks.

“The IoT demands an extensive range of new technologies and skills that many organisations have yet to master,” said Nick Jones, vice president and distinguished analyst at Gartner.

Gartner says, that by 2020, the IoT base will grow to 26 million and will result in a $1.9 trillion global economy.

To ensure that your apps and devices stand up to the real-time scenarios, it is important to move part of your testing into the real world with poor connectivity and less than normal conditions established. This will ensure the level of quality regardless of what they are put through.

The Verticals of IoT Adoption

With the recent focus on IoT-enabled devices, there’s a huge surge in the products related to household, healthcare, utilities, cars, etc. on a Year-on-year basis. Additionally, enterprises the world over are also rapidly migrating, developing, or rolling out newer IoT-enabled products into the market.

The surge in popularity of IoT is not sudden but extraordinary. Many significant transformations have taken place in the tech landscape enabling its rise to prominence. This transition was fuelled by factors like cheap sensors, smartphones, cheap bandwidth, seamless wireless coverage, and adoption of IPv6 standards.

The implementation of IoT resulted in improved business operations and higher ROI.

Testing software and systems for IoT also involves physical, sensory and emotional interactions because today’s digital devices not only work based on keystrokes, but also respond to our touch, motion, and voice. This makes “Human Experience” testing also a very crucial part of testing IoT.

IoT testing involves both hardware and software testing along with massive amounts of real-time intelligence. IoT testing splits testing into two different layers such as the device interaction layer, and user interaction layer. A comprehensive test strategy is required to cover the depth and breadth of IoT testing and it’s beyond test planning and data simulation, metrics-driven exhaustive test execution etc. For IoT testing, it is crucial to evaluate data simulation and virtualisation techniques with the help of reliable stubs in early stages.

The amazing growth in customer demand for IoT is amazing software enterprises, with many predicting that by 2020 the Internet of Things will permeate the industry. While businesses have been the largest initial consumers of IoT, public enthusiasm in mobile computing devices has recently outdone enterprise interest. The current challenge is consequently to increase the scope of IoT testing.

Looking at the innovative onslaught of the Internet of Things one sees the advancement of technology into mobility and diversity. With test integration and automation, QA teams are well-set to devise testing procedures which will secure the further expansion of IoT technology.

New technology will be closely followed by new attacks, then new defences. Reduced barriers to entry will create more IoT entrepreneurs and technologists, with no security skills.

IoT testing approach can be different based on the system/architecture involved. Testers should concentrate more on the Test-As-A-User [TAAS] approach rather than testing based on the requirements.

IOT testing may be a tough/challenging job but, it is also very exciting as well for the testing team to certify such a complicated mesh of devices, protocols, hardware, operation systems, firmware etc.

Think about that feeling in the pit of your stomach when you are standing at the gate, ready to board your flight and your boarding pass doesn’t come up on your phone. Think about the aggravation you feel when your hands free device keeps falling out of your ear and after you finally get it in, it calls for a pizza delivery instead of calling your friend. The user, a human being becomes a part of the “internet of things”.

IoT is here to stay. One cannot ignore it. The next couple of decades will see the tremendous impact of the Internet of Things.

IoT initiatives are to be marketed faster with less risk. The results have already started pouring in. Looking at the innovative onslaught of the Internet of Things one sees the advancement of technology into mobility and diversity with test integration and automation, QA teams are well-set to devise testing procedures which will secure the further expansion of IoT technology. 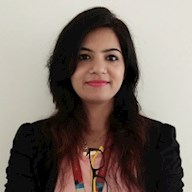