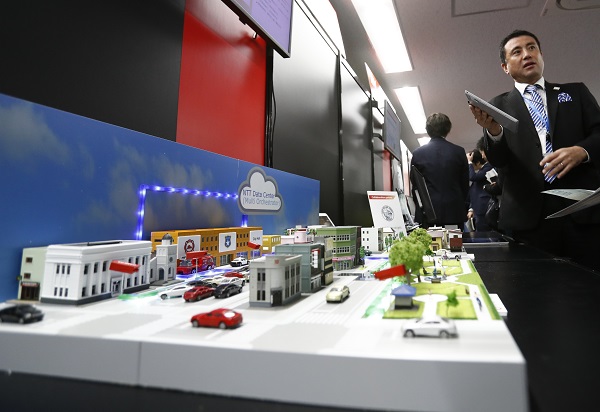 It’s little wonder that smart cities are a core area of interest for us at NTT DATA. NTT’s heritage is telecommunications – and a strong wired and wireless network forms the backbone of smart cities.

At the recent R&D forum in Tokyo, our colleagues at NTT DATA Services in America showcased their pilot smart city project. Set up within Las Vegas’s Innovation District, NTT’s smart city revolutionised how city authorities ensure the safety of the public.

The solution utilises Internet of Things (IoT) sensors and cameras to pull together video and audio data from across the area. Advanced analytics, including artificial intelligence and machine learning, then process this information in real-time, searching for any emerging incidents and alerting emergency services as soon as possible.

NTT’s award-winning work in Las Vegas successfully demonstrated how next-generation technology can enable proactive management of public safety. Machine learning was able to discover abnormal patterns of activity in the city, allowing authorities to be sent to potential problems before they even happen.

Smart cities are no longer just a concept, but a comprehensive way to deliver value right across society.

When world leaders gathered in Davos, Switzerland in January they experienced the city’s new connected lighting infrastructure. This is all part of the city’s push to be more sustainable – they expect to eventually save 72,300 kWh per year.

The G20 Global Smart Cities Alliance on Technology Governance was set up in 2019 to lead the conversation on international standards for the responsible use of these technologies. Ethical guidelines are important to assuage concerns about technology’s use in the urban environment, particularly concerning data collection, and highlight its many benefits for the public.

The most ambitious smart cities are aiming to radically improve urban living. At the Consumer Electronics Show 2020, Toyota announced plans to build a city of the future, ‘Woven City’, by Mount Fuji in Japan. Toyota was also a joint-exhibitor with NTT DATA at the R&D Forum.

Woven City will run on hydrogen fuel cells and have IoT devices in every aspect of the residents’ lives, from in-home robotics and AI health sensors to autonomous cars.

Many car manufacturers are investing heavily in autonomous cars, betting on it as the future of personal travel. The technology relies on rapid, real-time data collection between vehicles and the road network, resulting in a smooth journey that automatically responds to any hazards it may encounter.

Smart cities will provide that connectivity, seamlessly integrating smart cars into the infrastructure of the city – 5G networks will be a huge enabler here.

A key hurdle for autonomous vehicles will be winning over regulators and the general public. Solely relying on real-world testing puts the technology on uncertain ground – one accident puts timelines back for everyone.

NTT and NTT DATA are working on virtual reality verification of autonomous car algorithms, allowing manufacturers to test out their product in a range of virtual scenarios before they are tried on the roads. Recently, we announced our collaboration with Toyota on a scheme to process satellite imagery, creating high-definition and up to date maps essential for self-driving cars.

This new technology is supported by a fundamental reorientation of IT and products. We are seeing an increasingly human-centred design process, as manufacturers try to closely align their product’s design, features, and IT functions with the instincts of their human users.

Cars typify this trend, with new models adding more features, deeper connectivity, and increasing automation. There are already examples of companies responding to the rise of car-sharing, allowing drivers to open and start a car all via an app on your phone.

Whilst autonomous cars are the long-term goal, the short-term is focused on the idea of a ‘connected car platform’.

Currently, most cars are an incohesive mix of different hardware, each controlled by its own microprocessor or ECU and code. One to run the heating, another to open the doors, another to control the gearbox – the list goes on.

Parking assistant features need to talk to sensors in the body of the car, display information on the infotainment screen and control the steering. Suddenly it is communicating with 13 separate systems from different vendors.

We need to move from a system-oriented to a function-oriented architecture. The old established architectures are just too complex and unwieldy. It is example of ‘Conway’s law’: if you have 13 distinct systems, you potentially end up with 13 different APIs and ways of communicating.

The car of the future will be defined by a common, software-defined architecture – not dissimilar to the model in data centres. This ‘containerisation’ approach results in hardware becoming commoditised and streamlining the deployment of applications across the system.

Changes such as these will help guide the journey into our collective ‘smarter’ future. Businesses need to be prepared to innovate, looking for new ways to deploy next generation technology to provide the convenient and intelligent solutions expected by users. 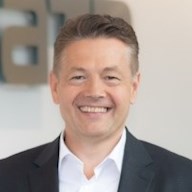