Proactive analytics: bring IT support out of the shadows | NTT DATA

Proactive analytics: bring IT support out of the shadows

Most of us have had to cope with new ways of working in recent months and many of our usual routines have been disrupted. Along with the commute, face-to-face team meetings and the working lunch, our rather casual relationship with IT has also gone, because we really need IT now. If our IT doesn’t function, we’ll need to travel to the office to work and we really don’t want to do that.

When we were working in the office we could buttonhole an IT person for help as they wandered past. IT support might be summoned to deal with a problem, give some advice or replace something faulty. Some places even had a drop-in clinic where you could take your misbehaving kit to have its attitude reset. But as the workforce has become more dispersed, our access to IT support has changed. Not only are we physically remote from one another but our access to support services can seem distant too.

Every additional obstacle placed in the way of accessing proper support from the IT team makes it more likely that employees will resort to what is sometimes known as ‘shadow IT’.

Shadow IT has always been there to some extent, because it has always been the case that it wasn’t just the IT department who might be called on to help fix our problems. There was that person we knew (sometimes a colleague, sometimes a family member) who had a sneaky workaround or knew something that IT didn’t. Best of all they always answered when we called and never made us feel stupid. The advice was often simple and delivered with confidence - just install this, click that or change this – even if it didn’t always work. Occasionally it might even make things worse, but they were doing us a favour so there was no point in complaining.

Shadow IT can disrupt productivity in two ways. First, clumsy workarounds can conceal issues that might otherwise be resolved for multiple users. If users adopt longer, inefficient ways of working they could also be slowing down the system without anything showing up in standard analytics because things are still getting done - eventually. Often an issue just keeps getting worse until someone finally flags it. Second, shadow IT poses a serious and multi-level security risk. Company data may be exposed, user IDs and passwords compromised and users may retain access to systems and data after they have left the organisation.

Just as people may be tempted to look closer to home for IT support, it’s increasingly difficult for the IT department to act as an effective gatekeeper for the apps and software that people may want to install on their work devices. People often want the same kind of experience in their corporate IT that they already enjoy as consumers, where the world has moved towards on-demand services, delivered through browsers and paid for using credit cards. This makes it much harder for the IT department to keep track of what everyone is downloading.

So how can organisations hope to guard against the added vulnerabilities that these changes bring with them?

Let’s start by acknowledging that if the ‘official’ IT service team is getting it right then shadow IT really shouldn’t be an issue. If employees don’t have a problem they won’t ask a colleague how to get around it. Similarly, if users have all the resources they need, they don’t sign up to non-standard cloud services.

Pro-active analytics tools provide an answer by allowing the IT department to monitor user devices remotely, so they can identify and fix issues before the user reports them. These tools continuously scan hundreds of metrics against benchmarks and thresholds to identify issues that may impede productivity. At a higher level, analytics also allow the service owner or provider to detect trends, and to identify services, applications, groups or locations in need of remedial action and to manage service capacity and quality.

Many organisations are likely to remain more dispersed and diverse, even as the pandemic subsides. It is up to IT departments to improve their service to users and that means investing in proactive analytics and a team who know how to use them. This is the only way they can hope to fix problems before they happen or respond rapidly when issues are flagged up.

The right analytics also allow organisations to keep a check on the employee experience, so they can make sure that home-based workers are not allowing the newly blurred lines between office and home to destroy their work-life balance, for example.

Get it right and the resulting improvements in IT services are a win-win for employers and employees. Get it wrong and organisations run the risk that users will look elsewhere for the IT support they need.

NTT DATA’s managed services include effective proactive analytics tools that can deliver a noticeable IT service improvement for an increasingly distributed workforce. Not only can we help optimise productivity, but we can also improve the overall worker experience. 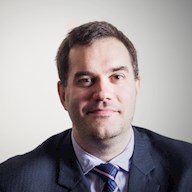