London UK, 13 February 2020 – Research from NTT DATA UK, a recognised leader in consulting and IT services, has shown that London’s speciality insurance and reinsurance providers – collectively known as The London Market - is gearing up investment in new technologies to maintain its status as the global insurance leader.

The research surveyed 100 senior London Market syndicates, brokers and managing agents, and revealed that investment in IT will double on average over the next three years. The leaders surveyed were clear that business-as-usual is not acceptable going forward (60%), with 67% agreeing that innovation was key to success and a majority (69%) concerned at being left behind by modernisation.

London Market businesses see a broad scope of applications for new technology. RPA was identified by 70% as having a significant potential impact, and 73% particularly pointed to RPA’s ability to speed up the manual processes that still dominate back-office operations in insurance. Other motivations for driving increased uptake of technology were data security (69%), increased efficiency (62%) and customer-client demand (54%). Over half (51%) are focusing budget on AI/machine learning, exploring use cases like using AI in underwriting to recognise patterns in large data sets and inform human decision making.

Kim Gray, Head of Insurance and Head of Diversity and Inclusion at NTT DATA UK said: “After three hundred years as a world leader, the London speciality insurance market faces numerous challengers biting at its heels. This research demonstrates that the drumbeat of digital innovation is forcing the incumbents to wake up and start to plan for the future. Technologies like robotic process automation offer huge opportunities for insurers to speed up previously manual processes, cutting costs and improving the customer experience. RPA, and other automation technology, sits neatly alongside existing employee skillsets, empowering them to spend more of their time on value-added analytical tasks.”

Across its long history, the London speciality insurance market has been well-versed in change. Technology has been identified as an area that needs the most attention, and the change agenda was very present amongst The London Market participants, with 64% agreeing they had a clear technology change team in place.

“It is imperative that organisations have a definitive strategy for change,” concludes Kim Gray. “The technology change programme has to be integrated with the rest of the business, with the vision and budget to implement the right technology for the organisation. Several organisations within the London Market are already leading the way on using RPA in their processes, providing vital leadership for others to follow.” 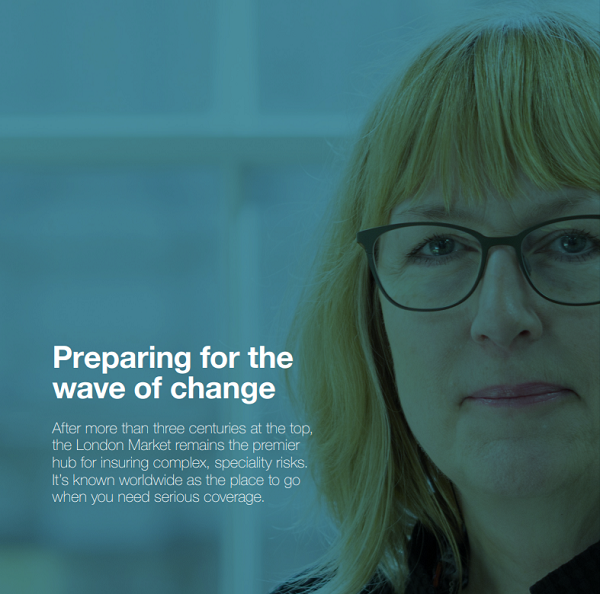