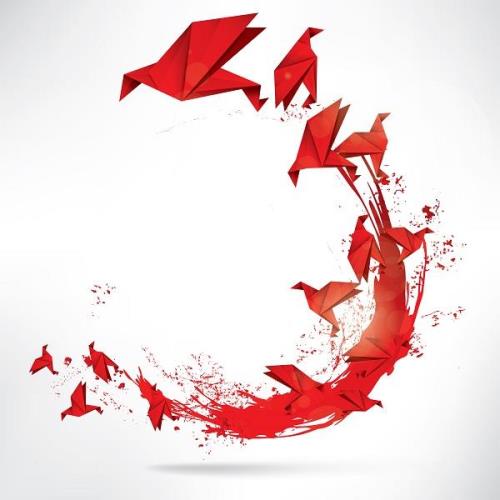 As we have written recently, the Japan-UK Season of Culture offers an amazing opportunity to transform business links between Japan and the UK and for the two countries to work more closely together.

One of the focus areas for the Season of Culture is to ‘inspire a new generation of innovation’ in both countries. Whether it is high tech or the traditional creativity of origami, Japan has a long-established reputation for innovation. But if we are to learn from this legacy we need to understand where the spur for innovation comes from, how it differs from other models for invention, and how we can adapt the lessons into different contexts.

Starting with the origins, there are two key threads that clearly stand out in Japan’s history that have had a direct impact on its innovation culture. The first is the unique concept of ‘omotenashi’. Omotenashi is founded on the spirit of selfless hospitality – but this manifests itself more broadly in the esteem that service culture is held in.

This veneration of immaculate service then overlaps with a laser focus on quality. In many ways the Japanese ‘economic miracle’ was built on engineering and technological prowess – that pursued quality and excellence above all else, as is often the case in the Japanese concept of service. As a result, innovation can be seen as a by-product of the twin goals of exceptional service and quality – rather than consciously being the goal in and of itself.

Already it is possible to discern the difference between the Japanese approach and the more typical ‘light bulb’ approach to innovation as experienced in the West. Indeed, part of what makes Japanese innovation so different is that there has been an entire philosophy built around innovation – that has not happened elsewhere.

As an example, take the word innovation itself. In English it represents a monolithic concept – something is either innovative or it is not. In contrast Japan has different flavours of innovation. There is the well-known concept of ‘kaizen’ – literally ‘good change’, but typically taken to mean an ongoing process of incremental improvement. But there is also ‘kaikaku’ – radical change – and ‘kaikushin’ – to do something completely different.

But the Japanese culture for innovation goes beyond these modes of thinking. The other crucial ingredient is the capacity for long-term reasoning. Look at the biggest technology companies in Japan – Nintendo, Sony and the rest. These are companies with long histories of reinvention and innovation. For Japan the two – longevity and innovation – are inextricably linked. The focus on finding value in the long-term is what drives the desire to continuously make things better.

The R&D investments of NTT Group are a classic example of this duality. The NTT Group spends $2 billion on R&D every year – precisely because we want to be a value partner for our customers, not just a service provider. And for us we can only offer true value if we explore the possibilities of the cutting edge – looking ahead to the future on behalf of our clients. It is precisely why foresight is one of our core values.

To a Western mind this sort of approach might seem almost quaint and old-fashioned. But with the pace of change continuously accelerating the value of foresight is, forgive the pun, invaluable. And ultimately it is this quality that I think businesses in the UK can learn the most from Japan.

The need for innovation has never been higher. But as with origami, true creativity starts with a blank page. We can’t rely on lazy assumptions and we need to look beyond the next quarter and short horizons. We need to be thinking about the next two, five, even 10 years. If we never get our head up to look ahead, we will always do what we’ve always done – and today that simply isn’t a sustainable strategy.