The importance of integrating ageing populations into the | NTT DATA

The importance of integrating ageing populations into the digital workforce 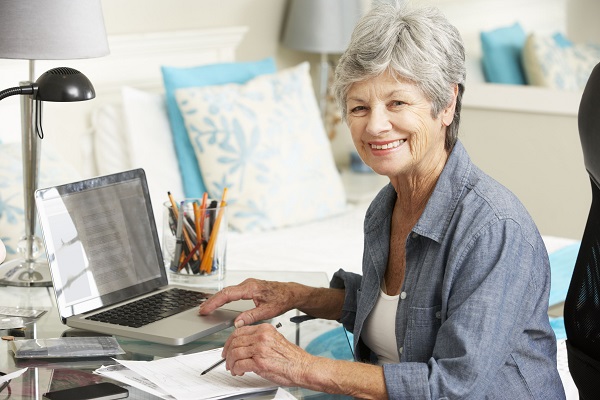 What does ageing really mean these days? When are we old?

As life expectancy rises, we are seeing the growth in “super agers”, people aged over 80 years old who are physically and mentally comparable to someone twenty or thirty years younger. They are physically fit, have good memories, are mentally sharp, and avoid social isolation with strong friendship networks.

However, the reality is as we get older we may not be able to continue with the same job, especially in physically demanding roles – not to mention that many of us may not wish to continue work in a full-time position. Despite this, there are many ways which we can remain mentally and physically active, and solutions from the tech industry are going to be crucial to helping to accommodate an ageing population.

The importance of design

The number of over 60s has doubled and encompasses a fifth of the world’s population, which makes the demographic a formidable consumer and voting bloc. Many businesses have recognised the potential in designing tech that enables the elderly to live independently for longer. Some of these include devices which detect falls and monitor daily activity. Despite this, unless the tech is specifically designed with an elderly audience in mind, most product designers generally overlook older consumers.

To give a personal example, my mother is in her 80s and registered blind as a result of advanced macular degeneration. Despite not being able to pursue many of the hobbies she loved like knitting or jigsaw puzzles, she is determined to remain very active. She amazes me by doing crosswords by visualising and remembering how clues fit together.

An avid reader, she now listens to audio books and has a software programme to read her emails aloud to her. Although a welcome benefit, it isn’t perfect as it reads out aloud the entire email (address and distribution list included), which can be cumbersome. Additionally, it is difficult for her to operate touch screen devices. She was probably the last person in the UK still using the original iPod as it was tactile, and she found it easier to use.

This shows just how important it is to rethink not just how we design products and services for older people, but also how we actively involve them in that process.

The opportunity for Scotland?

Scotland has the lowest birth rate in the UK and an ageing demographic. Dealing with the concerns of this demographic is not optional for the public and private sector in Scotland. Not only do we need to focus on tailoring services for their specific needs, we also need to look at employing and possibly retraining older workers and appreciating the skillsets and experience which they bring to the workplace.

The outlook today is mixed to say the least. 90,000 people in Scotland work across the digital economy which contributes £5.9bn (4%) GVA to the economy. Although this is hugely positive, an additional 13,000 new entrants per year are needed. There is no reason why older people could not make up some of that shortfall – particularly as there is more commercial incentive to design products and services particularly for that age group. However, statistics show that 68% of baby boomers do not apply for tech jobs for fear of being too old. Three quarters of software developers are under 35.

This situation needs to change, as I believe there can be a future for successful solutions to be codesigned with older people or even developed directly by older product and software developers for their own age group. An interesting example can be seen in Japan, where 27% of the population is already over 65. Recently, Masako Wakamiya became one of the world’s oldest iPhone app developers at the age of 82.

With no prior knowledge of programming, she taught herself and designed a game app for senior citizens. It proved to be very successful and as a result, she was invited to address the UN last year to make a speech on the critical need for older people to acquire digital skills. Her talk also addressed the positive impact technology can have on mental health since communicating digitally can be an important factor in combatting loneliness.

Digital skills for all

One of the advantages of digital technology is that it is inherently understood that skills can quickly become redundant and programmers need to keep pace with changing technology. Now we need to find ways to integrate older people into this process of continuous learning and retraining.

Ultimately, as part of a holistic approach to retraining, integration and healthcare, technology can help older people live independently for longer, and can help with self-confidence, peace of mind for relatives and friends as well as enabling people of all ages to stay engaged with society. Designing for the aging population not only helps to protect against the demographic time bomb but is also sound business and political sense.