QR Codes: The payments technology of the future? | NTT DATA

QR Codes: The payments technology of the future?

QR codes are an ingenious piece of technology. Invented in Japan in 1994, they consist of a square containing a unique pattern of smaller black squares on a white background. This two-dimensional code stores a large volume of data (far more per unit area than bar codes) that can be scanned for a wide variety of applications.

In recent years, an exciting new area of value for QR codes has opened up in the world of payments. The last decade has witnessed the rapid global expansion of smartphones and other smart devices. These devices, now in the pockets of over 3.5 billion people worldwide [1]

Crucially, QR codes can be set up to interact with the mobile wallet and enable these transactions. Many merchants have embraced the technology as a cheap way of allowing customers to pay via a mobile wallet, without the need to invest in payments hardware like point of sale (POS) terminals.

Merchants have a range of considerations when setting up QR code payments:

China and the rest

QR codes are already a core payment option in key markets worldwide. According to a recent report from mobile industry body GSMA, in partnership with NTT DATA and Accourt, China dominates the global landscape. In 2018, annual Chinese mobile payments (business and consumer) hit US$ 41 trillion, $13 trillion (30%) of which were from QR Code payments via major players like Alipay and WeChat Pay. The QR code success story in China can be linked in part to a desire for homegrown options for payment, not solely reliant on the POS channel preferred in the West.

There are other hubs for the technology across Asia including Japan, South Korea, and India. GSMA forecasts for 2020 that, combined, these three major markets will account for $348 billion annual digital payment transactions, with 715 million users.

QR codes have also proliferated in developing markets without a significant POS infrastructure. Regions like Africa and Latin America have strong mobile device penetration, matched by a comparatively low percentage of the population with access to financial services. For this ‘unbanked’ group, mobile payments offer an extraordinarily low barrier to start paying for goods and services – only reliant on the individual topping up their phone. Merchants in these regions have, therefore, embraced QR codes as a low-cost option to offer an agile, cashless way to pay.

The major hurdle for these developing markets will be regulation. Sustainable growth will require governments to ensure Anti-Fraud and Anti-Money Laundering (e.g. Know Your Customer -KYC-) safeguards are in place, keeping the system protected from criminality and a safe channel for day-to-day transactions. The regulator-led approach in mature Asian markets like China, Japan and South Korea is a good model here.

The future of payments

Payment technology is undergoing an extraordinary period of change. The COVID-19 pandemic has thrust digital and contactless channels to the fore like never before, as fears festered about catching the virus via bank notes – despite scientific evidence finding a very low probability of transmission.

QR codes have a key role to play here in the transformation of payments. COVID-19 will likely consolidate and drive further growth for the technology across Asia, Africa, and LATAM, as merchants look to continue to attract customers with a convenient and contact-free payments experience.

A very different story is playing out in Europe and North America. These markets are almost completely dominated by card and mobile payments, driven by an expansive POS payments infrastructure – QR codes are a very small presence in transactions. The pandemic will likely entrench the existing trend of an increasing number of customers here abandoning cash, preferring low-friction options like contactless payment via card or mobile device.

Nevertheless, in this fluctuating landscape there is plenty of scope to carve our new opportunities for QR code technology. Telco players have a big chance to lead the way here in Europe, helping businesses to open up new mobile payment channels for revenue as customers avoid cash. QR codes can help organisations create customised, hyper-personalised experiences for customers via their app, perhaps incentivising customers to move from swift payments with loyalty programmes. In this difficult economic climate, such customer connection and loyalty are imperative for business survival.

To support QR codes’ expansion, we will likely see more cooperation between governments and businesses on interoperability, working towards a single standard of QR codes – creating maximum convenience for merchants and customers around the world. 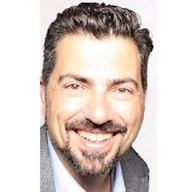