My perspective on the UK government’s National Data Strategy, which will have implications across our economy

The publication of the National Data Strategy has coincided with my decision to join NTT DATA as Head of Data Solutions. The timing couldn’t be better for me, because the Data Strategy not only addresses the government’s manifesto pledge to improve data in government but also takes a nationwide view. This means it has something to say about everything we do in data at NTT DATA UK, not just in our Public Services team. We have been part of the consultation process - now that has closed, this is an opportunity to take stock.

Between the manifesto and the publication of the Strategy, the pandemic has shown what is possible if a national crisis cuts down on the needless reticence around data sharing – as well as highlighting what can happen when parts of the data infrastructure fail. (Having designed one of the UK’s key disease surveillance systems, I was relieved to hear it coped with some unanticipated data volumes.)

What is in the National Data Strategy?

For anyone looking for proof that the UK is currently a world leader in the space, the Strategy contains plenty of evidence - but there is also an abundance of untapped potential.

The Strategy (at 70 pages, many will have skim-read it) looks at five missions; only mission three concerns more effective data sharing in government, which I will return to later. The other missions are about the economic benefits of data exploitation while ensuring security and resilience of our data infrastructure.

The Strategy also raises important questions about the impact of data processing on carbon emissions. While NTT DATA have mitigation techniques (first and foremost by migrating organisations to the cloud), we believe that data has a huge role to play in tackling (more than causing) the climate challenge. This is incumbent on every organisation and we have only just started to scratch the surface here.

Our Data team have developed our own view on the Strategy and this blog contains a few highlights from our subsequent response. At the same time we have been undertaking our own primary research on the use of data specifically within Civil Service. We’ll be publishing the results in due course but there are many similar themes. There are also many parallels with the project we undertook with GDS to help them set their technology and data vision for 2030.

When we produce a data strategy for a client, it contains a clear roadmap of change and the National Data Strategy contains many commitments to be welcomed including:

The potential of AI is acknowledged, but there’s a recognition that in government – as indeed we find in the wider economy – that ‘fixing the plumbing’ (in the words of Theo Blackwell, CDO for London) is the main challenge that presents itself right now. This will pave the way for hyper-connected smart healthcare, education, cities and governments for the many not the few - or “Society 5.0” as NTT calls it.

We welcome the comprehensive nature of the strategy, however, while the UK may be embracing a new spirit of independent nationhood, we can also learn from data sharing success elsewhere in the world. Have a careful look at the stock image at the top of this story. It was no doubt accidental that the Strategy is illustrated with this picture of the Barcelona metro, but as it happens Barcelona is leading Europe if not the world in areas such as citizens’ control over their own data - part of the Data Availability pillar in the Strategy. (The city is also home to NTT DATA’s global AI Centre of Excellence.)

The international MyData conference takes place this week, aiming to ‘empower individuals to self-determination regarding their personal data’, and features speakers from NTT DATA in Italy and Japan. NTT DATA is therefore able to draw on experience across the globe along with world-class R&D to help drive the UK agenda.

We find that the focus areas around quality, availability and access, standards and assurance (‘data foundations’ in the Strategy) all boil down to data that can be trusted by those consuming it. The Strategy points out the cost of addressing these, but there is an extent to which government and industry need to recognise this and invest. Costs typically arise from the complexity of these types of initiatives and the specialist skills involved (which as the Strategy notes, are in short supply).

NTT DATA has seen time and again the value of bringing expert data knowledge to bear on a problem. In the first wave of GDS, roles such as service design and user research became prominent; as the government takes on true (data-enabled) digital transformation, the importance of the data analyst and the data architect need to be more widely recognised.

Mission three: Transforming the use of data within government

Within mission three, the strategy has five focus areas of which we believe Capability, Leadership and Culture are the most vital. Incentivising data sharing is critical. If this issue can be tackled, the other focus areas are surmountable. Introducing new governance gates into IT projects to ensure cross-government data principles have been followed will have some effect, but if product owners are not convinced of the need, this could be a paper exercise. Objectives around data sharing need to be cascaded from departmental plans to individual objectives. We believe we can also help create the right incentives; look out for more on this in the coming months.

The leadership element of Data Foundations is also key: not so much data experts in leadership (which we need), but leaders committed to data-driven decision-making and change. We need to champion the data transformation as much as digital transformation– there’s often an assumption that once a service is digitised, that’s the end of the road. This means that the data aspects of digital are sometimes poorly considered (data quality, data standards, metadata, data consistency, etc.). Some of these problems are hard because they involve more external stakeholders, inter-departmental collaboration and entanglement with legacy, so we welcome a centralised approach, led by the Cabinet Office.

The Strategy rightly talks about development of new policy – both specifically to enable better data sharing and to enable better policy in general, informed by data. In some cases however, existing policy and primary legislation stands in the way – I’ve seen this for myself and this frustration is also reflected in our independent research.

In line with the wider data-driven agenda, measurable KPIs should be established across focus areas so that progress in data can be tracked and the proposed Chief Data Officer can be held accountable. These KPIs should focus on external value add and how the experience of data consumers is improving, rather than the ‘mechanics’ of data governance or the often meaningless performance of data platforms.

Part of the point of the consultation was to cast the net wider on some topics where there are no clear answers. This is down to inherent tensions (both explicitly called out and implicit in the Strategy) such as:

Each of these is a blog in itself, so let’s just take the first, given that it cuts across much of what we do. The Strategy twice references a report by the Open Data Institute, the Nuffield Foundation and the Bennett Institute, which reminded me why I used to be excited enough about economics to take a degree in the subject. It makes a strong case for market failure when it comes to maximising value of data within the economy, arguing that open data is what economists call a public good. However, as that report concedes, there’s a fine balance here - too much government intervention would stifle data-enabled business models and prevent the UK from being able to capitalise on our innovation capability.

I’d like to suggest more experimentation in the middle ground: for example, encouraging / mandating data sharing at an aggregate level or after a time lag. This allows for some data monetisation while opening up datasets for scientific research or non-profit organisations. It also allows data consumers to experiment with data to determine what is cost effective to purchase and to identify data owners.

Rather than asking which sector can benefit from government intervention (since most organisations can use data more effectively than they do today), it is perhaps better to focus on cross-cutting initiatives such as data skills and policy priorities such as greenhouse gas reduction, instrumenting new infrastructure projects and identifying and addressing deprivation.

Governments can also play a broker or platform role: establishing ecosystems of data sharing comprised of standards, technology platforms and rules of engagement. This role does not crowd out the private sector but can provide a kick-start to data sharing based on the principles of the National Data Strategy and re-using ideas / capability from the proposed Integrated Data Platform (IDP) for government. The IDP will be an interesting space to watch – our own primary data suggests that lack of self-service data platforms is a major headache for those trying to pursue data-driven policy and operations in government.

We look forward to the consultation response in early 2021. In closing I should mention TfL’s successful open data initiative that metro map lady was supposed to illustrate. It’s so well-known I was even asked about it during a panel debate in the US. A quote from Vernon Everitt (TfL’s Managing Director of Customers, Communication and Technology) highlights why this is a hearts and minds issue: “You couldn’t prove in advance what making the data open was going to lead to. So eventually what we decided was we’d just go for it and see what would happen.” 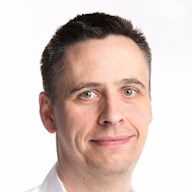