LGBT+ History Month: How it began, and where we need to go | NTT DATA

LGBT+ History Month: How it began, and where we need to go

As February is now over, it is an opportune time to look back on LGBT+ History Month. This annual celebration of lesbian, gay, bisexual and transgender history, which first began in 2005, has become a staple in our calendars. It was launched in the wake of the final abolition of Section 28 in Britain in 2003, legislation which since the 1980s had banned local councils and schools from “promoting homosexuality”.

LGBT+ History Month serves as a vital time to both remember the struggles of the past and focus on the work still required to combat homophobic and transphobic legislation and practices in the present.

Every member of this community and its allies has their own personal experiences, both positive and negative, and LGBT+ History Month gives us the platform to share these experiences and explore how we can create a more inclusive society. Diversity is at the heart of NTT DATA, and we are committed to ensuring that everyone – no matter who they are – can be their true authentic selves at work.

Human rights cannot be taken for granted. Hearts and minds need to changed. Organisations like NTT DATA play an important role in actioning this change, because they empower people to share their stories and unmute who they are. 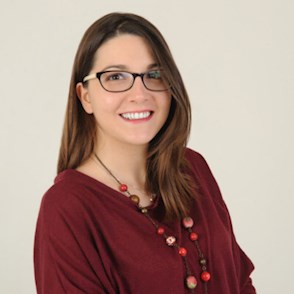 To help mark this month, we wanted to share a potted history of how and why we came to celebrate LGBT+ history every February, how we celebrate this at NTT DATA, and looking ahead to where we can do more to promote diversity and inclusion both amongst ourselves and within wider society.

Where did it all begin?

Although LGBT+ History Month officially began in the UK in 2005, its origins can be traced back far earlier.

In 1988, the UK government introduced a piece of legislation called Section 28 which prohibited the “promotion of homosexuality” by local authorities. This meant that the next generation of children received no LGBT+ education or positive role modelling at school. Education is one of the most powerful tools we have in not only tackling bias and discrimination, but also in helping create an inclusive culture where no one feels they must supress who they are out of fear.

Most of this recent generation grew up not hearing or seeing anything that related to LGBT + whilst at school. I was one of those people 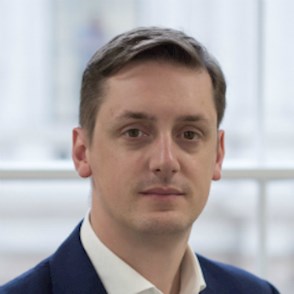 The new millennium thankfully brought in change, with the repeal of Section 28 in 2000 in Scotland and in 2003 in the rest of the United Kingdom. But simply repealing the legislation would only go so far in addressing the inequalities that had been allowed to persist over the previous 15 years.  This is why Sue Sanders and Paul Patrick proposed LGBT+ History Month as part of a Schools Out UK project in 2005. Instead of restricting people from speaking out about their experiences and LGBT+ issues, they proposed the opposite: a celebration where experiences can be shared, progress can be recognised, and plans can be enacted to help move towards a more diverse and inclusive future.

Where we are now, and where we need to go

Gareth: “If the saying that those who forgot the lessons of history are doomed to repeat it is true, we need to remember. We need to celebrate these changes to keep progress alive. I have nieces, nephews, godchildren. I wish the best for them in life, no matter who they are and who they love. I suspect you feel the same about your own family.”

Next year will mark the 20th year since the repeal of Section 28, and we’ve come a long way since. Last year, at the Cenotaph in London, we saw LGBT+ military veterans march openly for the first time. They laid a wreath to commemorate not just those who have served, but also those who were exited from the services for being LGBT+.

More and more countries are approving both same-sex marriage and same-sex adoption, and last year we saw the removal of the 3-month deferral period for blood donations by men who have sex with men, helping dispel perceptions that has existed since the 1980s’ AIDS crisis.
We have also seen some progress in the UK in protections for the rights of transgender, non-binary and intersex people. The landmark Equality Act 2010 included gender reassignment as a “protected characteristic” under law, introducing new protections from discrimination and harassment for these members of the LGBT+ community.

We’ve come a long way since the Sexual Offences Act, which criminalised private homosexual acts, was repealed in 1967. Recognising this progress should go hand in hand with renewed efforts to tackle the inequality and exclusion we still see today.

Valentina: “I knew as soon as I started here that this was a space where I could be open and honest and completely free to proudly celebrate who I am.”

We always look to celebrate LGBT+ History Month at NTT DATA, and this year is no different. As part of our partnership with myGwork, we participated in two brilliant panel sessions exploring the history and experiences of LGBT+ individuals across different industries.

The first focused on LGBT+ in sport, where attendees were joined by the first openly gay Major League Rugby player Devin Ibanez and ex United States Women’s National Team player Joanna Lohman. Devin, Joanna and others shared their experiences from the pitch, the difficulties they faced throughout their careers, and the importance of building relationships with their teammates as we see more barriers being broken in sport.

We also invited colleagues to join us in a second myGwork-led webinar to explore how the experiences the LGBT+ community have changed over time. Guest speakers including host and creator of the Busy Being Black podcast Josh Rivers and Chair of the FT’s LGBTQ+ employee network Cassius Naylor, shared their stories and carried on the tradition of passing on tales from the community.

It’s been fantastic to celebrate LGBT+ History Month with our colleagues and friends, but we must not limit awareness and action to just one month of the year. Every member of the LGBT+ community will have a story about when they faced discrimination just for being themselves. Many countries still have legislation in place that restricts rights and criminalises same sex relations. Progress has been made, but it is far from finished. It’s all our responsibility, as governments, businesses, employees, and individuals, to take a stand against inequality and challenge prejudice and oppression wherever it is found, and work as one towards a future where no one hesitates to proudly express who they are.

Gareth: “I’m sometimes asked, ‘Haven’t we already done all this? Isn’t this race already run?’. Today, in 2022, I and friends of mine still have to contend, every day, every week, with anti LGBT behaviours in our own neighbourhood, where I grew up. And this is the case in a fairly open UK, never mind other parts of the world which may be less liberal.”

Valentina : “D&I cannot be seen as a plus within society. It must be the pillar that holds it up. So let’s be loud and proud and celebrate this month for what it is.“ 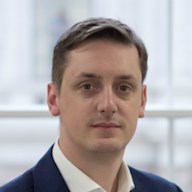 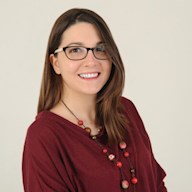