LGBT+ History Month and beyond: building an inclusive culture all year round | NTT DATA

LGBT+ History Month and beyond: building an inclusive culture all year round

In February, we celebrated LGBT+ History Month. We took the time as organisations and individuals to show our support for the LGBT+ community and to learn about LGBT+ achievements and struggles, both in the past and today. As we wrap up the celebrations, we must look ahead to ensure we continue supporting LGBT+ inclusivity, and all other forms of diversity, all year round.

As part of the senior leadership team at NTT DATA UK, I am working with my broader team to ensure we continue the fantastic progress that the company has made to date around diversity and inclusion. The celebration of LGBT+ History Month highlights a central priority for our work around D&I: the importance of being allowed to be yourself at work, and of being valued for who you are. This really matters in the workplace. At NTT DATA, people and talent are our business, and people must be allowed to be themselves if they are to perform their best. As organisations, we have a responsibility to create an environment that helps employees to feel supported, fulfilled and valued.

Awareness is a core part of our diversity efforts, and it’s a central aim of LGBT+ History Month. Making sure employees know they can be themselves, no matter who they are, is crucial. As a gay man, I’ve experienced the importance of this first hand. When I started my career in Spain in the 1990s, most LGBT+ people were not able to be out. When I did come out to my colleagues, I was in no rush to advertise my sexuality openly. However, I realised the value of LGBT+ visibility at work when a senior person told me that seeing people like me had helped them open up to their own colleagues about their own sexuality.

While awareness and visibility are key to building an inclusive culture, it’s also important to recognise that every person’s situation is unique. Sometimes – especially in the LGBT+ community – people don’t want to be visible, and that’s okay too. As organisations, we need to ensure the working environment gives people the choice to present themselves as they wish, without repercussions. In a working environment that accepts and celebrates people for who they are, people will thrive.

Small actions with a big impact

Building an inclusive company involves constant work, from putting in place concrete initiatives to encouraging more subtle cultural changes. Often, implementing even the most minor adjustments to how we work or interact with our colleagues can have a huge impact.

I like the example of a strategy adopted by a group of women at the White House during the Obama administration. Obama’s female staffers noticed that women were interrupted more frequently than their male colleagues during meetings, meaning their ideas were not being heard. When women did get an opportunity to voice their ideas, men often repeated the same ideas and received credit for them. A group of women proposed a strategy they called ‘amplification’: whenever a woman made a key point, another woman would repeat it, ensuring they gave credit to the author. This forced men to recognise women’s contributions and prevented them from claiming the ideas as their own.

This one small change, repeated until it became part of the culture of White House meetings, made a significant difference in terms of amplifying women’s contributions. There are multiple examples of other small changes we can make at work that can have a big difference. Featuring your pronouns in your email signature is one example, as is using gender-neutral language when addressing a group of colleagues. Ultimately, such actions take minimal effort, but they have the capacity to make some employees feel much more comfortable and supported at work.

When it comes to diversity and inclusion, there is always more work to be done. Events such as LGBT+ History Month provide a great opportunity to bring certain issues into consciousness, but the celebrations around these events must be underpinned by ongoing action around the year.

Effective change requires time and ongoing commitment. As we bring NTT DATA and everis together as one team we are building on amazing work undertaken by both leadership teams in driving forwards initiatives and policies to improve diversity and inclusion across the combined NTT DATA UK. It’s critical that we continue the momentum behind the work that has already been done. D&I will continue to be at the heart of our mission, as a central focus for the senior leadership team and a priority for the business.

Improving the diversity of the tech industry is not a quick fix by any means, but ongoing commitment and continued positive action by organisations are an important part of the solution. 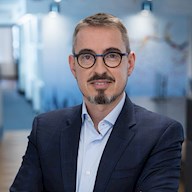