When it comes to business transformation and cloud migration, the choice is now simple.

Cloud has long been seen as an effective technology for organisations to move towards more flexible and more innovative business operations. Cloud adoption is a goal increasingly pursued by project leaders, middle managers and executive level decision makers as a way to escape the shortcomings of legacy infrastructure. They seek transformation journeys that are achievable, yet also provide the agility to be nimbler than the competition.

Although mainstream cloud infrastructure adoption began in the late 2000s, now is perhaps the best time for many organisations to begin their transformations. That’s because a new way of thinking about business transformation in the cloud is ready for mainstream adoption; it’s called cloud native.

Created for the cloud

Today, companies using cloud native technology will not only leap ahead of early adopters that have invested in virtual-machine based tooling but will find that moving to true multi-cloud deployment is a natural step.

The cloud native movement was launched by the availability of tools for building and securing containers alongside the container management system Kubernetes. Containers may not be how everything in the cloud runs today, but they are the product of a powerful evolutionary process. Those adopting the cloud today will avoid the expense of searching for this stability as well as the complexities that dogged early deployments and which often led to security breaches.

The second is that cloud transformation cannot be a stand-alone initiative.

Cloud adoption and business transformation must be closely aligned and form a single strategy. Too often, those with the business vision are disconnected from the technologists choosing the right technology for the journey.

Only when this gap is closed can the full benefits of cloud be achieved, with no wasted investments in legacy systems, and with innovation becoming a built-in part of normal business operations.

Rule three is that there is no off-the-shelf solution for cloud adoption.

Every journey must be tailored to the business needs and ambitions of the organisation. The outcomes of transformation need to be decided first and used to guide the migration of legacy on-premises applications and infrastructure to the cloud.

This will enable a realistic assessment of the skills needed, security requirements, most suitable cloud structure, cost of transformation, timelines and the cost to run the future cloud deployment. It’s important to avoid nasty surprises, which management, understandably, hates.

Use more than one cloud

The fourth rule is that moving everything into the cloud is often not feasible or desirable.

Some data systems need to remain on-premises and 100% public cloud is not the only choice.

Instead, choosing a hybrid multi-cloud architecture and building systems in a cloudnative way is today accepted as the most effective way forward. Such a hybrid design allows the use of existing legacy databases and data centre assets while meeting strict regulatory and privacy concerns and achieving dramatic cost savings.

Rule number 5? You need a partner.

As a late adopter, an organisation is likely to face a significant skills gap as it will not have invested in the appropriate technical capabilities in-house. This is best solved by working with a trusted partner.

AT NTT DATA we use a method known as pair-programming to ensure work happens via client engineering-hands alongside ours every step of the way. This avoids the need to first upskill an entire infrastructure team, then start, then hope. Organisations can start straight away with an experienced team, accountable for quality and completion, leaving behind their own empowered people to run critical systems. This approach does not solve the entire skills gap, but it’s a massive help.

Finally, since the overhead of an organisation running its own Kubernetes platform, CI/CD pipelines and containerized applications in a hybrid multi-cloud environment is so significant, NTT DATA has selected and tested the best tools for the entire transformation journey. We’ve used our global reach to learn from a massive dataset of successful and not so successful projects. This experience is hugely valuable.

Having a trusted partner with global reach and experience helps make the complex simple. 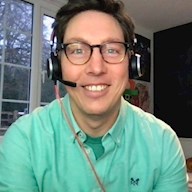